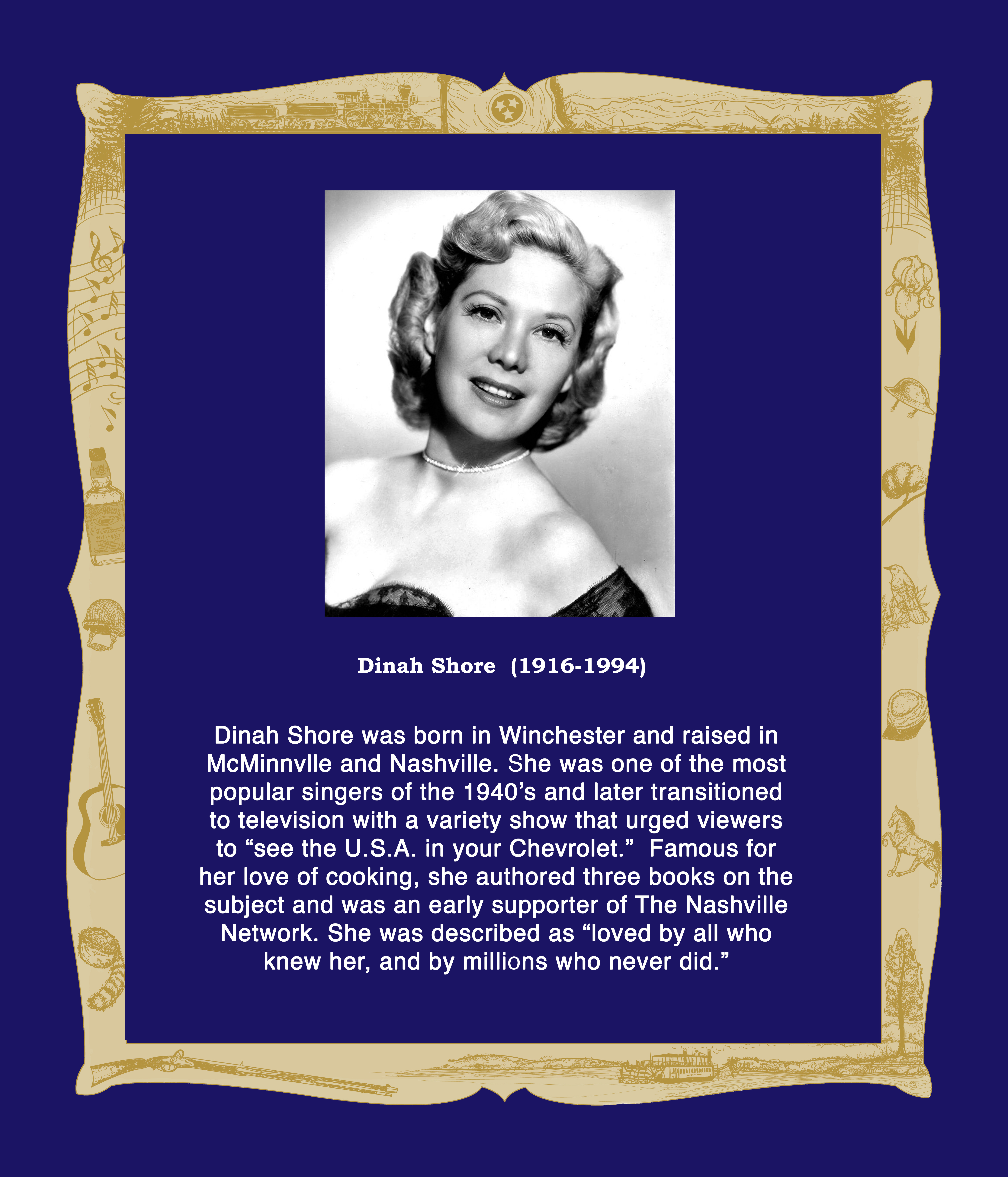 Leap-year baby Fannie Rose Shore was the second daughter born to Russian Jewish immigrants Anna and Sol Shore on February 19, 1916, in Winchester. In 1923 the family moved to Nashville where they prospered. Poliomyelitis left Fannie Rose with a damaged leg, but perseverance, exercise, and determination kept the injury from becoming a permanent handicap, and she became an excellent swimmer and tennis player.

Fannie Rose began to sing in childhood, continued in high school, and in college at Vanderbilt University she joined the professional ranks, singing with the popular Francis Craig orchestra. Her talent prompted a trip to New York between her junior and senior years at college. Despite a positive reception, her father insisted she obtain her B.A. degree before moving to New York, where, after changing her name to Dinah, she sought fame and fortune. Both came almost immediately, as she was hired by radio star Eddie Cantor to sing on his weekly show.

Dinah Shore's success quickly escalated. After entertaining the troops in World War II, she became a celebrity as television began its domination of the entertainment industry. On The Dinah Shore Show she explored important contemporary issues with guests. Many of them involved an interest and skill in cooking, from which three cookbooks resulted. Her voice, smile, and trademark kiss to the audience made hers a household name. She became the highest paid female entertainer of her time and continued to perform in benefit concerts until her final illness and death in 1994.