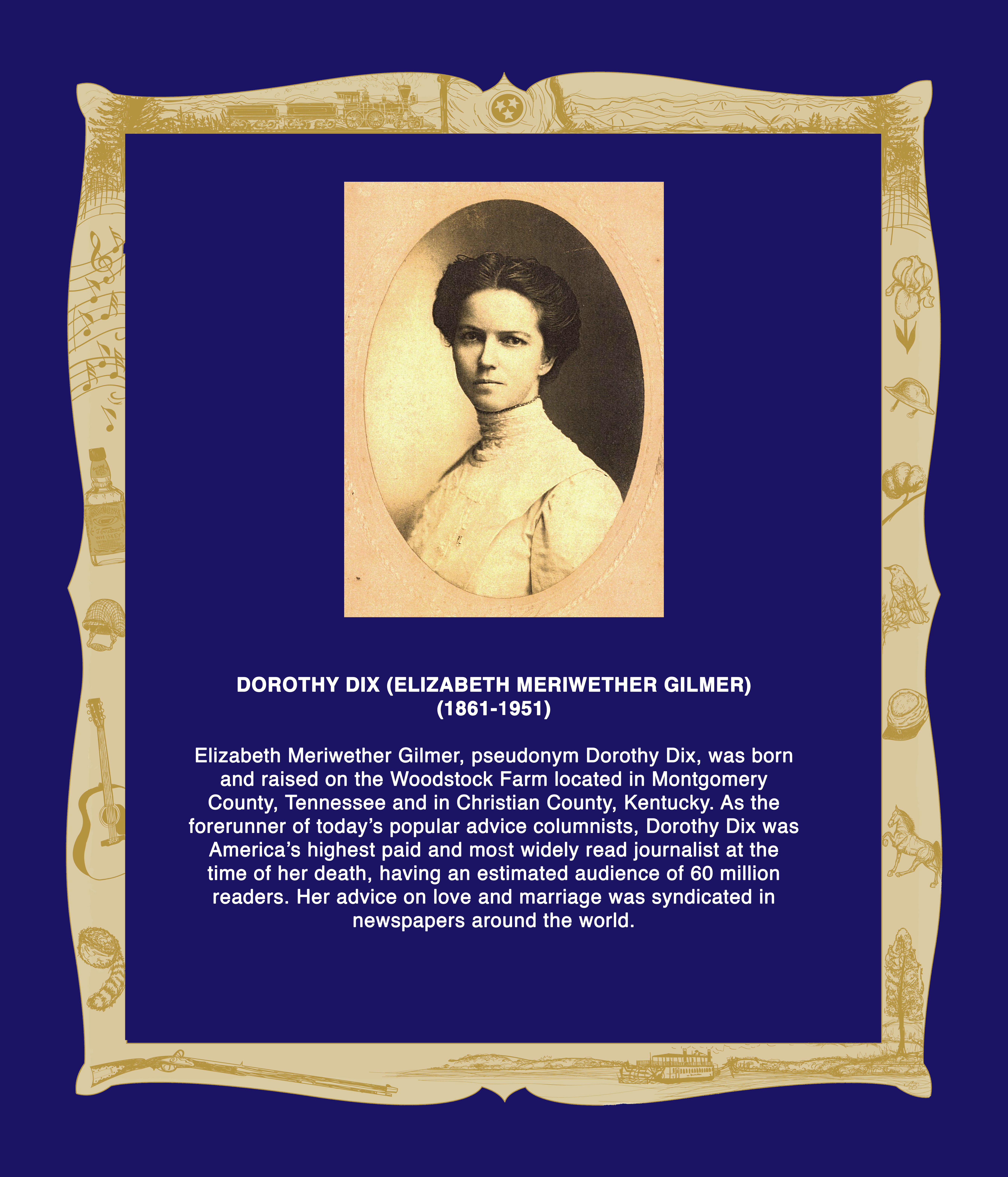 As the forerunner of today’s popular advice columnists, Elizabeth Meriwether Gilmer, pseudonym Dorothy Dix, was America’s highest paid and most widely read journalist at the time of her death. Her advice on love and marriage was syndicated in newspapers around the world with an estimated audience of 60 million readers.

The Meriwether family resided on the 5,000 acre Woodstock Plantation, located in Montgomery County, Tennessee and Todd County, Kentucky. At a young age, Elizabeth married George O. Gilmer. Their union was turbulent, and she eventually suffered a nervous breakdown. Her family brought her to the Gulf Coast for relaxation and time away from her husband.

While on the Gulf coast, Elizabeth met the owner and editor of the New Orleans Picayune newspaper, Eliza Nicholson, who bought a story from her for publication. Subsequently Elizabeth was hired by Mrs. Nicholson as a reporter. “I had a passion for newspaper work, and I set about learning my trade with the zeal of a fanatic,” she explained. Soon Elizabeth began writing “Dorothy Dix Talks,” a weekly column for women. Readers liked her views on women, and she became a great success in a very short time.

In 1901 Dix accepted an offer to work for the New York Journal, owned by William Randolph Hearst. She was asked to write “dramatic accounts tersely written in a personal style,” depicting the temperance crusaders of the day, followed by murder investigative reporting. She also continued to write her widely read column, “Dorothy Dix Talks.” During her years in New York she published several books on relationships between husbands and wives, foibles of society, and domestic life in general. Her books became instant best sellers.

Elizabeth left New York in 1917 and returned to New Orleans. Before she left she accepted an offer from the Wheeler, and later, the Ledger Syndicates, which allowed her to write from her home. Her writings were published in newspapers around the world. She said people told her things they wouldn’t tell God. Consequently, she became known as the “mother confessor to millions.”