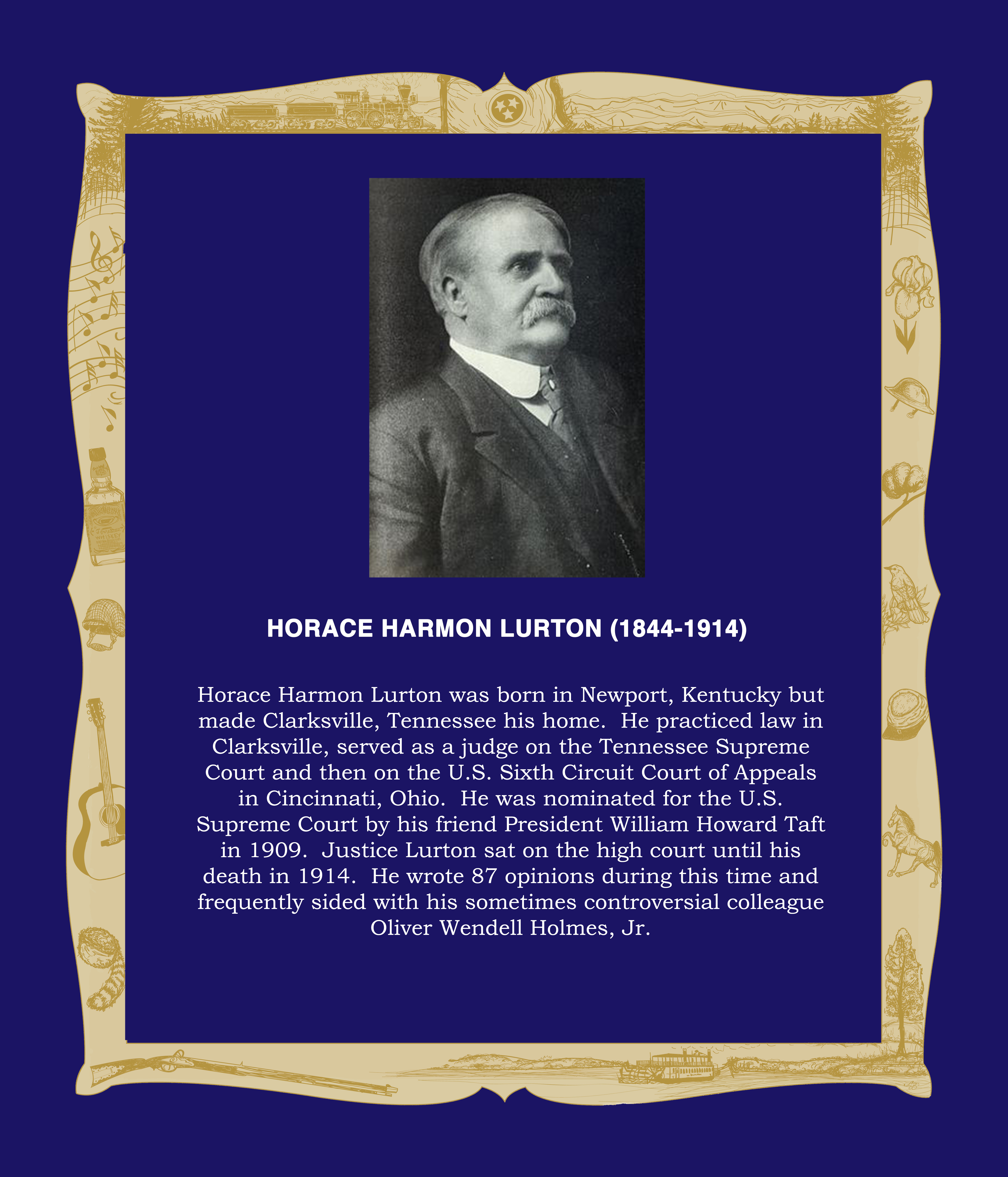 Horace H. Lurton was the third of six Tennesseans appointed to the U.S. Supreme Court. He was born in Newport, Kentucky, on February 26, 1844. In the 1850s the family moved to Clarksville, Tennessee. Lurton attended Chicago's Douglas University (now defunct) but left in 1861 to return to Tennessee, where he joined the Confederate army.

In February 1862 Lurton received a medical discharge because of a lung infection but soon reenlisted and was captured by Union troops at Fort Donelson. He escaped and joined General John Hunt Morgan's cavalry. Morgan's band of raiders engaged in sabotaging Union railroads, bridges, and communication lines. In July 1863 Union solders captured Lurton for the second time, and he spent the rest of the war in a Lake Erie prisoner-of-war camp. During his detention, he developed tuberculosis and took a loyalty oath to the Union to secure his release.

In 1865 Lurton enrolled in Cumberland University's law school and received his law degree in 1867. That same year, he married Mary Frances Owen; the couple became parents to three sons and two daughters.

After graduation, Lurton opened his law practice in Clarksville and became an active Democrat. From 1875 to 1878 he served as chancery judge before returning to private practice. In 1886 he was elected to the Tennessee Supreme Court, becoming chief justice in 1893. Only four months later, President Grover Cleveland nominated him to the U.S. Sixth Circuit Court of Appeals in Cincinnati, a post he held for the next sixteen years. In addition, Lurton taught constitutional law at Vanderbilt University from 1898 to 1905 and served as dean of the law school from 1905 to 1909.

On December 13, 1909, President William Howard Taft, a friend and former colleague from the Sixth Circuit Court, crossed party lines to appoint Lurton to the U.S. Supreme Court. Lurton wrote eighty-seven opinions during his more than four years on the court, voting most frequently with Oliver Wendell Holmes Jr., yet he did not author any major decisions. Lurton also became deeply involved in the effort to reform the equity rules in federal courts.

On July 12, 1914, Lurton suffered a fatal heart attack while vacationing in Atlantic City, New Jersey. He is buried in Greenwood Cemetery in Clarksville.

Melvin I. Urofsky, The Supreme Court Justices: A Biographical Dictionary (1994).